Can we stretch the Iliotibial Band (ITB)? 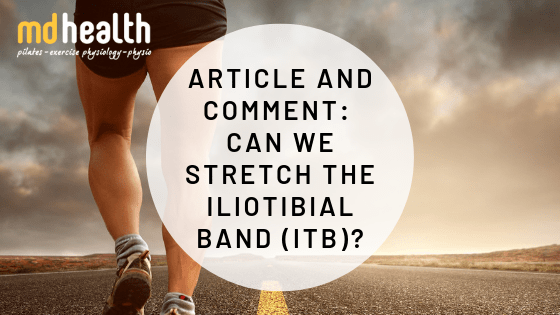 The Iliotibial band is a band of tissue stretching down the outer length of the thigh (femur bone). It is commonly foam rolled, stretched, or massaged to help alleviate patella-related anterior knee pain.

But can we actually stretch this thick band of tissue? Does manual therapy focusing on the Iliotibial Band (ITB) work?

An article by Chaudry et.al (2008) discovered that the amount required to produce a 1% shear or stretch force on the Iliotibial Band (ITB) fascia is equal to 925kg. It was concluded from this study that these high levels of forces for such a small stretch effect is “beyond the physiological range of manual therapy”.

Conversely, Wilhelm et.al (2017) found that there can be a stretch response on ITB tissue. However, this only equated to an actual tissue length change of 2.12mm, which is about 1.4% length change on average.

In taking in the information from these articles, it can be concluded that any manual therapy work to reduce tension of the Iliotibial Band (ITB) is vague in its actual effectiveness.

Like most manual therapies, the effects on the actual tissue lengths are minimal, and the positive response to these may actually be attributed to a neuro-physiological response that results in some pain modulation. Most studies looking at knee pain due to the ITB or “ITB Syndrome” compare manual therapy plus exercise as an intervention. Considering the above articles, it can be argued strongly that the exercise component of these studies is more effective in treating knee pain than any stretching or mobilization of the ITB. 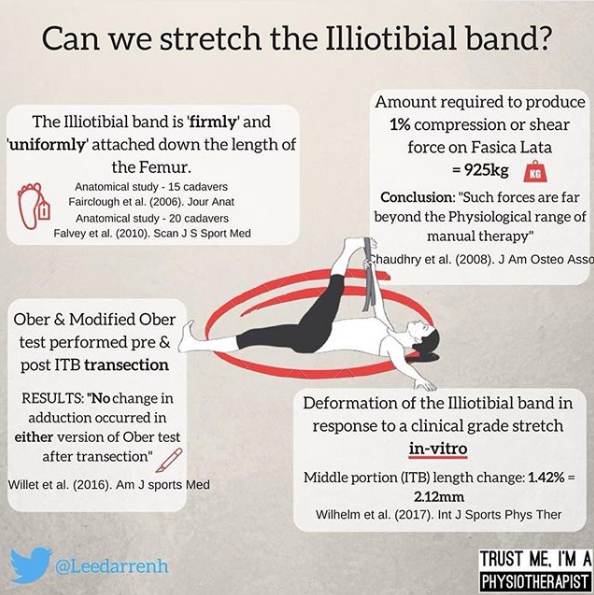 If you want to want to further discuss leadership and how understanding and empathy affects your organsiation:

Click on this link to view Will's LinkedIn profile