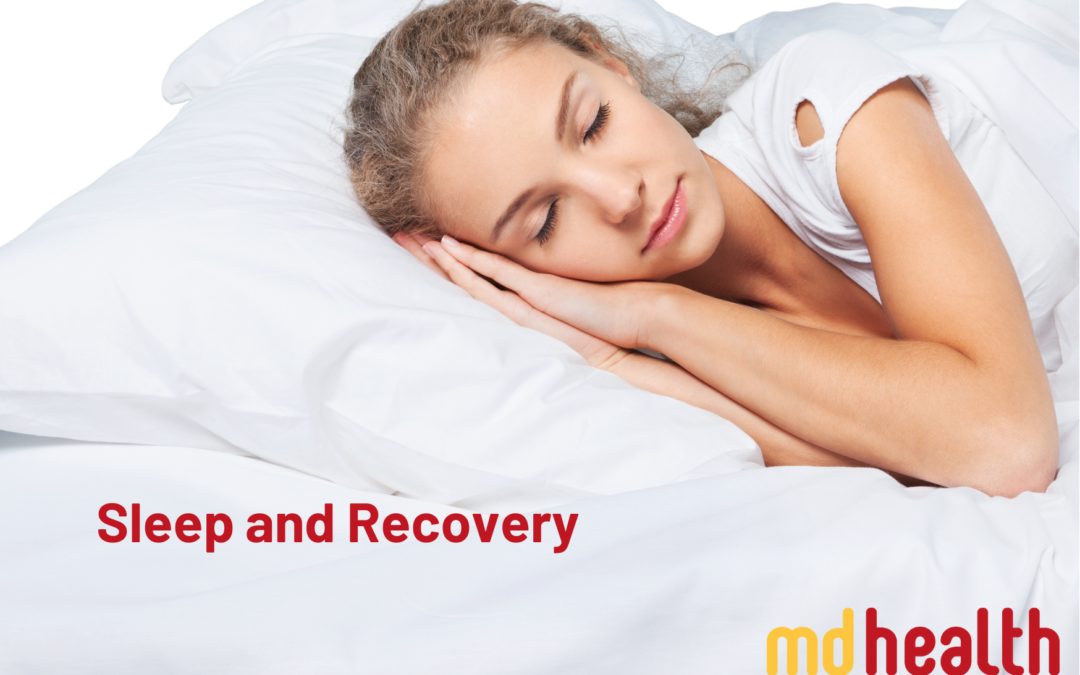 Sleep is an important bodily function. It is required for the recovery of muscles and other tissues of the body after physical exertion or injury (rest and repair), regulation of hormones, optimal function of the immune system, metabolism, brain development, memory formation, decision-making processes and learning.

A major group of hormones which can be disrupted by inadequate sleep are the “satiety hormones”, which regulate hunger. When these hormones are disrupted, people tend to eat more and have cravings for foods with higher calories, and potentially, with higher amounts of simple carbohydrates, as found in sweets and junk foods. It also influences mood and stress hormones. Sleep is important to control inflammation and for the health of the heart and blood vessels.

What makes us sleepy?

There are two main driving factors which cause us to sleep: the “homeostatic” and “circadian” drives.

The homeostatic drive to sleep increases the longer you stay awake. This is caused by the build up of the chemical “adenosine”, which binds to receptors in the brain, causing drowsiness. Adenosine is an important component of “Adenosine Triphosphate” (ATP), which is your body’s main usable energy source. As you use up ATP, it breaks down into its component molecules, including adenosine. This signals your body to sleep, to replenish its energy reserves, by using that adenosine to create more ATP for the next day. The longer you sleep, the more complete this process is.

The circadian drive is controlled by your body clock, which will influence you towards sleep at particular times of the day, and towards alertness at other times. During the day, exposure to light causes the brain to release chemicals that cause alertness. In the absence of light, the brain produces melatonin, the major sleep hormone that regulates our body clock.

When these two drives combine, it produces the best conditions for sleep. However, there are things we may do throughout the day which impact these drives to sleep, and may stop them from optimally superimposing upon each other:

Caffeine inhibits the adenosine receptors, which is why a cup of coffee can cause us to feel more awake and alert. However, it is a limited, short-term effect. Eventually, the homeostatic drive to sleep will outweigh the chemical effect of caffeine. Consuming an excess of caffeine, and/or consuming it close to bedtime, is likely to make sleeping more difficult. Additionally, alcohol can reduce the quality of your sleep.

Light exposure (especially blue light) at night can interfere with the body clock, by prolonging the release of “alertness” chemicals and delaying/reducing the release of melatonin. This, effectively, shifts the body clock backwards. With the proliferation of visual entertainment and light-based information systems, such as television, computers and mobile phones, people tend to stay up later and wake up later than they did 50+ years ago.

Napping for too long or too late during the day will, predictably, have a negative impact on sleep, by reducing the homeostatic drive to sleep at night.

These factors can lead to sleep deficiency, which occurs when you don’t get enough sleep, have a poor quality of sleep, or don’t get all the different types of sleep the body needs. This can be caused by poor sleep-related habits, stress or sleep disorders.

Other factors to consider:

Age: As we age, the pineal gland (which produces melatonin) shrinks, meaning that younger people need to sleep more than older people. 8-10 hours is recommended for children and teenagers, with 7-9 hours recommended for most adults. However, some over the age of 65 can function well with 6 hours of sleep.

Curiously, the body clocks of adolescents tend to shift backwards, sometimes to the extent that their peak sleep hours are between 2am and 10am. It is thought that they are more susceptible to light-based disruptions than people of other ages, which affects their circadian drive to sleep. The implications of this may mean that it’s more appropriate for teenagers to perform complex or physically demanding tasks in the afternoon or early evening, rather than early in the morning.

Strategies to maximise duration and quality of sleep:

• Maintain a routine. Go to bed at the same time each night and try to rise at a similar time each morning. Setting a “bed-time” alarm as well as a waking alarm can help with this.
• If you want to get to bed earlier, wind back your bedtime in incremental steps (e.g. go to bed 15 min earlier each week than the previous week).
• Avoid consumption of alcohol or coffee late at night, or to excess.
• Limit use of electronics and lights at night and use a blue light filter on your devices after dark.
• Regular exercise, preferably NOT late at night.

Be mindful that it takes more than just one good night of sleep to have a notable impact on performance. It also requires CONSISTENT and PERSISTENT effort to change your sleep habits. It takes 28 days or longer to form a habit, and an average of 66 days for a habit to become automatic.