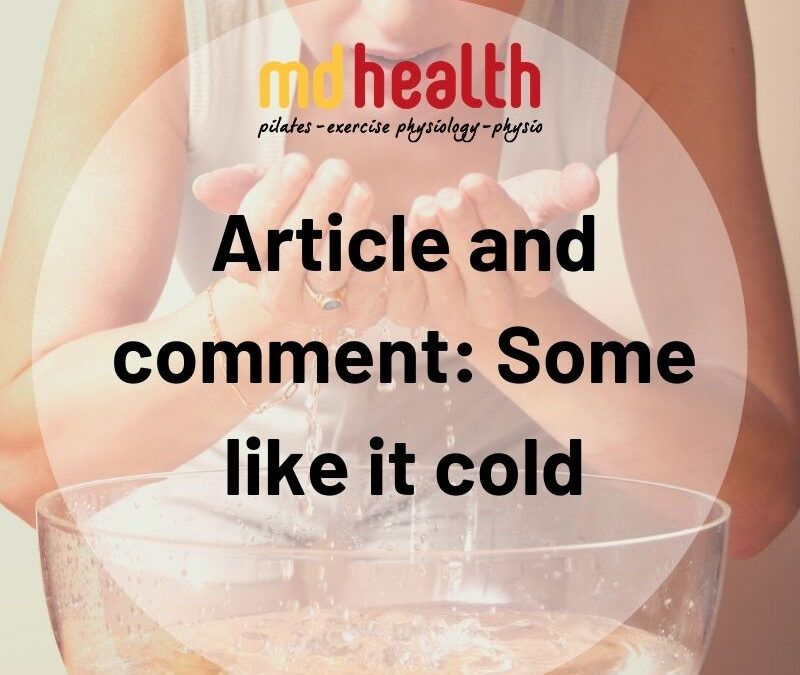 With the closure of pools and Recreation Centres last year during the pandemic, many people returned to trying to swim in the sea, ocean and lakes. Cold water swimming enthusiasts have claimed the benefits of having a dip in cold water, but is it true? Is there really a benefit?

What happens when you first immerse yourself in cold water?

When you first get into cold water the skin receptors to cold produce a “cold shock”. The strongest with temperatures between 10-15 degrees, below 8 degrees also produces a pain response from these sensors. This is an exaggerated fight and flight response, which results in a sudden:

This acute stress response seems to allow the body to habituate to this stress and build resilience to future stressor events (known an hormesis). This reduces the immune system response in chronic inflammatory disease such as rheumatoid arthritis. It also correlates with reducing levels of pro-inflammatory markers in the long term.

The second main benefit seems to an increased release of a brain protein RBM3. This mediates the protection of the synapse connections in the brain in animals during hibernation. The direct benefits of preventing neurodegeneration in mice brains has been observed directly. However, human trials have only monitored the change in RBM3. These have been shown to be higher the longer and more regularly in swimmers who have swum in cold water (4 to 14 degrees)