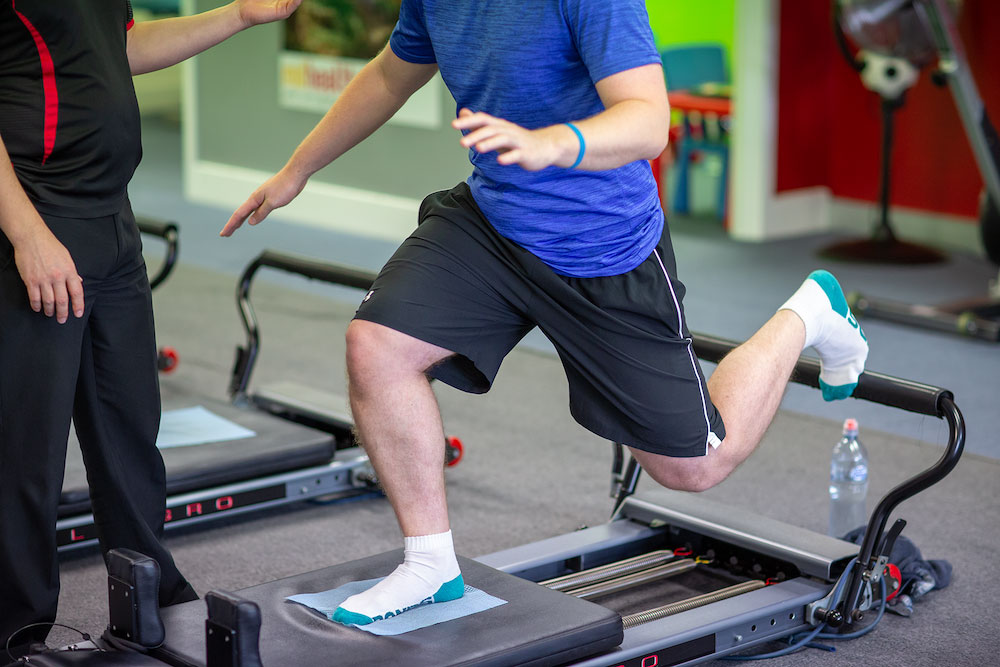 Physical therapy and exercise rehabilitation for PFJ knee pain focuses on improving balance between medial and lateral PFJ forces by improving strength and activation of VMO and reducing tightness in lateral PFJ structures. More specifically though, timing of VMO to VL muscle activation is often deficient in people with PFJ pain and needs to be restored during rehabilitation. A research study conducted at the University of Melbourne looked into whether physical therapy can not only reduce PFJ pain but whether it can actually improve VMO to VL muscle activation timing.

Participants in this study had all been diagnosed with PFJ pain and were split up into two intervention groups, a physical therapy grout and placebo group. Participants in the physical therapy group received weekly physical therapy for 6 weeks which consisted of VMO activation (using biofeedback) step ups, gluteal strengthening and PFJ taping. The placebo group received once per week placebo intervention for 6 weeks including ineffective PFJ taping, inoperative ultrasound and application of non-therapeutic gel to the knee.

Prior to the intervention, timing of VMO to VL muscle activation was measured using EMG and all participants showed delayed xanax cost activation of VMO compared to VL for both concentric and eccentric phases of a step up and step down task. After the 6 week intervention participants in the physical therapy group demonstrated a significant improvements in timing of VMO activation, where as there was no change in the placebo group. In fact, the physical therapy group where able to achieve simultaneous VMO and VL muscle activation during the concentric phase of the step up movement and during the eccentric phase VMO activation actually preceded VL contraction.

This study shows that physical therapy which involves specific retraining of VMO activation as well as strengthening and PFJ taping, has the ability to improve neuromuscular control of the PFJ. It must be kept in mind that this is only one aspect of PFJ pain rehabilitation and other factors that may be contributing to PFJ pain (as mentioned in last weeks PFJ knee pain blog post) must also be addressed.

Click on this link to view Michael Dermansky's LinkedIn profile