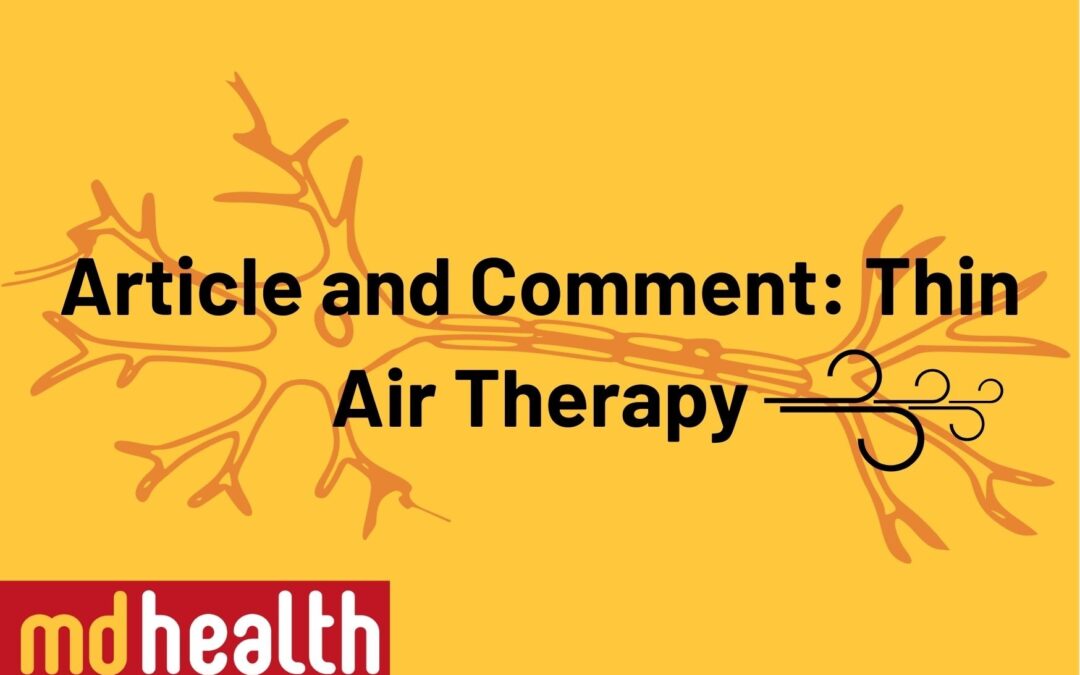 We have always thought that low oxygen environment, such as at high altitudes are dangerous. However, recent studies have shown that could be false. Deliberately induced low oxygen environments (7% oxygen, such as found at the top of Mount Everest) may actually have a place in the treatment of heart attacks or spinal injuries.

• Low oxygen environment allows a key chemical, called hypoxia, inducible factors start to multiply in the body, activating hundreds of genes. These help the body cope with oxygen deficiency.
• In mice studies, they were held in a low oxygen environment for 2 weeks. Heart cells then started growing and dividing, which is very rare in adult mammals. Human hearts grow in the embryonic stage of development in a relatively lower oxygen environment as well, but rarely grow in the adult stage. This may lead to new approaches in treatment after heart attacks. It may also induce the growth of new blood vessels around the heart.
• Hypoxia (low oxygen levels) also triggers the release of growth factors, which trigger neural connections between the brain and spinal cord to strengthen. This may also lead to new approaches to the treatment of spinal cord injury.

These studies are in the early stages and is an interesting space to watch in the future.