Not enough sunlight the cause of chronic pain? 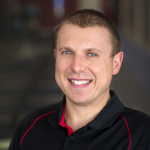 Muscles have direct receptors that pick up and use vitamin D to function properly. Lack of vitamin D in muscle can lead to weakness and pain. This is reversed when people’s vitamin D levels are brought back to normal.

Surprisingly, a large number of Australians are Vitamin D deficient. In a Geelong based study, 43% of women were shown to be low in Vitamin D and 11% were shown to be deficient.Vitamin D comes mainly from sunlight, and a small amount from food, such as milk and oily fish. 10 minutes of direct sunlight between 10am and 3pm on one exposed area of the body, such as an arm or leg is enough to get your daily dose, however, most people do not do this.Long work days inside the office, if you have dark skin, wear concealing clothing and kids playing in front of the x-box instead of playing outside do not get enough sunlight to form vitamin D.

Australians generally eat less than half of their required dose of vitamin D from their foods.So the solution is simple, if you think you are at risk and suffer these symptoms, speak to your doctor. A simple blood test can determine your vitamin D levels and work out a supplementation routine to restore your vitamin D levels back to normal.